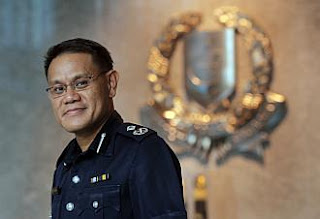 It's the second such award for the division in three years and was given for its performance in areas such as investigation and professionalism.

The division has seen some high-profile cases in the last year.

One such case was that of the "Heartbeat Molester", a 48-year-old man who outraged the modesty of 28 girls in 11 years.

Assistant Commissioner of Police Hsu Sin Yun, Commander, Ang Mo Kio Police Division, said: "As with any police unit or any organisation ... we will recognise the good work, the good arrests, the good service that officers provide to the community ... But more importantly, is to appeal to the officers' sense of mission, their passion for police work to help the community keep their premises, their areas free from crime.

"And I think that's a much stronger motivator to our officers compared to whatever awards we can give them."

He added that seeing the arrests of criminals and the community feeling safer in their environment pushed police officers to work that much harder for the community.
.
Posted by Catholic High, Singapore at 10:39 PM