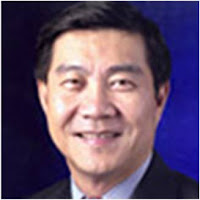 William Liu completed his secondary 4 in 1963 at Catholic High School.
He retired as Chief Executive Officer of IT and e-commerce business Green Dot Capital in 20007. But, barely after six months into his retirement, he started with his former business associates Stream Global, an IT venture catalyst firm. The firm, which operates out of a 1,000 sq ft office in Genting Lane, focuses on companies in the infocomm, digital media and mobile technologies sector.
He is the Chairman and Managing Partner of the company. Unlike a venture capital company, a venture catalyst - a term coined by him - not only invests in start-ups but also mentors its young entrepreneurs.
He is currently also the the Chairman of W3 Infocomm Group Pte Ltd, a boutique VC.
Bill, as he is more commonly known, started his career in the I.T. industry in 1970.after graduating with a B.Sc Hons in Mechanical Engineering from University of Manchester and an M.Sc in OR & Management Studies from Imperial College.

From 2001 to 2006 he was President of Green Dot Capital Pte Ltd, which invested in start-up and early stage companies, globally. It was also the holding company of Singapore Computer Systems Ltd and SNP Corporation Ltd, both were listed on the Singapore Stock Exchange.

Prior to joining Green Dot Capital, he was the President & CEO of ABACUS International, Asia’s premier Global Distribution Systems (GDS) and Computer Reservations Systems (CRS) company and a joint venture company with Sabre, Inc of USA. Bill was responsible for its operations and profitable growth that spanned 20 countries in the Asia Pacific.

Prior to joining ABACUS, he was International Computers Ltd’s (ICL) Regional Vice President for Asia and concurrently the non-executive Chairman of the Singapore operations. He also served as General Manager of ICL Taiwan for a year in 1992.

He is currently a Board member of SISTIC.com Pte Ltd, the National Library Board and Monte Jade Singapore. He was the co-chairman of the Singapore British Business Council IT/Software Sub-Committee and Board member of Singapore Computer Systems. Mr Liu was actively involved in IDA’s 2015 “Intelligent Nation, A Global City powered by Infocomm” Master Plan, sitting on 3 sub-committees, viz. Infocomm Competency Council, Financial Services and Enterprise Development.

He was a past Chairman of the Singapore Federation of the Computer Industry (SFCI) from 1995 to 1998 and a Board member of the Singapore National Computer Board and the Institute of Systems Science. He is also a past President of the Operational Research Society of Singapore.

He says that starting Stream Global was a case of better late than never. 'If I were to start all over again, I would do it earlier as it is good to try things when you are young. Then, I would have had a longer time to decide if owning a business is really what I want to do,' he says.

These days, he reckons he drinks more coffee than ever before, thanks to daily meetings with potential and existing mentees to review their business strategies.

But he still has time to pursue his interests such as qigong. He has stopped playing golf due to a frozen shoulder.

While his wife supports his decision to work, she feels that he should not stress himself too much either. 'She knows that I tend to exert myself too much,' he says.

'But working keeps me mentally and physically fit, especially now that I enjoy what I am doing. It gives me satisfaction to be able to offer my experience and contribute to the creative and innovative eco- system,' he says.
.
Posted by Catholic High, Singapore at 1:56 PM