Old boy Tan Chin Tiong, who is the President of the Singapore Institute of Technology was in new recently, as reported by Today newspaper on 10 Mar 2010: 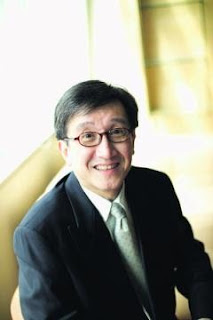 Although it is not officially the Republic's fifth university, Singapore Institute of Technology (SIT) president Professor Tan Chin Tiong seems certain on the direction his six-month old organisation should take.

In an interview with MediaCorp, Prof Tan said that among SIT's long-term plans is "that we will evolve into a university".

"It will take a while (so) for a start, we will leverage on the foreign universities first ... When we have the capacity, our end point is that we want to offer dual degrees together with the foreign universities," said the 61-year-old, who is also one of the founding academic members of the Singapore Management University (SMU).

"But along the way, we will tweak the equations and get more dimensions to the template."

Things can be said to have progressed quickly since Prof Tan took the helm of the institute, which was formed last year to provide another route for polytechnic students to upgrade and obtain industry-relevant degrees.

Although these programmes were originally slated to start in 2011, SIT and the polytechnics here will launch its first programme for eight degrees in partnership with five overseas universities from August.

According to Prof Tan, SIT is able to start a year ahead of schedule as it has been able to tap on the strong relationships that the Ministry of Education and other ministries and agencies, such as the Economic Development Board, have with overseas educational institutions.

Schools partnering with SIT include Germany's University of Technology, Munich, for electrical engineering and information technology; and the United Kingdom's Newcastle University for naval architecture, offshore and marine engineering.

The DigiPen Institute of Technology and the University of Nevada, Las Vegas - both from the United States - will also team up with SIT to offer degrees in animation and game design and hotel administration, respectively.

Finally, the Culinary Institute of America will also offer a degree programme, although details are not available as yet.

Said Prof Tan: "The five overseas universities that we are partnering in our first wave of degree programmes have a presence in Singapore and are already offering their programmes here or have been receiving polytechnic graduates in their home campuses".

Not only are these partners familiar with the Singapore education system, they also "have confidence that it produces high quality polytechnic graduates who are able to articulate into their programmes", he added.

Education Minister Dr Ng Eng Hen told Parliament yesterday that not only will SIT's unique model bring together these renowned institutions here but "these leading partners will add value and recognition to our polytechnic diplomas as they provide advance standing".

Graduates will also be able to obtain to obtain degrees after two years instead of three to four, said Dr Ng, who is also the Second Minister for Defence.

The participating institutions have been chosen not only because they are leaders in their respective disciplines but also because SIT "wants to create degree opportunities not offered by the other schools. We play a role in offering diversity in the education space", said Prof Tan.

Prince Peter Jacob, a 25-year-old who is pursuing a naval architecture degree at Newcastle University, said: "There is a high demand for qualified engineers, especially in the marine industry."